World Bank president has holes in his socks

No stoning or burning of women

The figures above may not change my life.

The US military has appealed to scientists to help develop a novel weapon – artificial black ice.

The good thing about this article is the number of different ways to get across the main advantage of this new ‘weapon’ i.e. it makes the ground slippery:

If you read between the lines of this BBC article on internet entrepreneurs, then my Maps mashup maps mashup site is going to make my fortune for me. 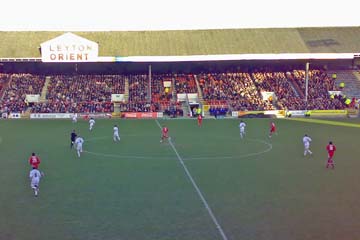 Despite one of the best performances I’ve seen this year, Orient left the match against Blackpool with nothing to show for it.

Constant periods of pressure, including two shots cleared off the line, counted for nothing as a defensive error with only a few minutes of normal time remaining lead to a relatively easy opportunity for the visiting side. It was taken very well, but at the end of the day it should have been there for the taking.

As always seems to happen, when it’s not going well and a team needs the points, then they seem to be harder to come by. That’s certainly the case this season as Orient sit just above the relegation zone. Three points would have made so much difference.

There was some good play, however, and encouragement for the future. Ibhere was actually playing well, seemingly given a new lease of life after his last goal. As well as the pointlessly weaving runs which seem to be his trademark there was some more considered play and some good fighting against a strong Blackpool side with some good recent results behind them.

Hopefully the team will see the good play and not let their heads drop but it’s very frustrating to be playing well but still coming away with nothing. 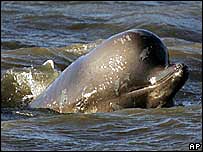 The skeleton of the whale which died after becoming stranded in the River Thames a year ago will go on public display this week.

If you’re going to get trapped in the Thames then, second only to being rescued, having your skeleton put on display in the Natural History Museum must be best thing that can happen. That’s the way I’d want it.

If you’re really into the Clippy ‘help’ in Microsoft Office, then this is for you: