Darren and myself have just spent two days discussing business strategy at the Martello tower that the Landmark Trust own in Aldeburgh.

It was extremely productive, and Martello Tower itself is an amazing place. Built to keep Napolean out it has four turrets and walls that are ten feet thick. There are two twin bedrooms, a main dining/whatever area, a living room with a solid fuel boiler, plus a kitchen and bathroom. Although it’s huge, by the sea, and made of pretty solid stuff, it was surprisingly warm all the time – probably the warmest Landmark I’ve stayed in for the time of year, since the temperature went down below zero overnight.

Anyway, the interesting things are the photos:

The entrance to the tower: 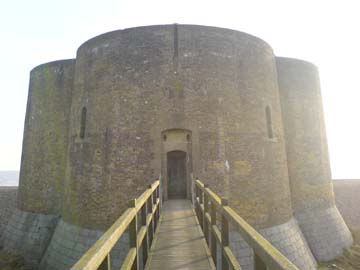 A view of the tower from the beach: 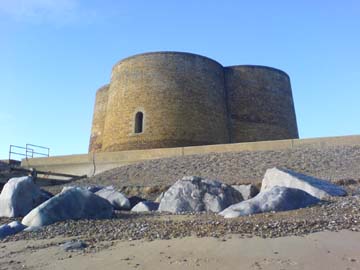 From the other side showing one of the turrets and the bridge over to the entrance: 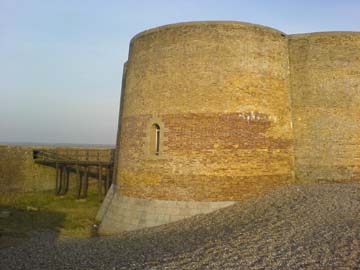 Inside the tower, the windows are very small: 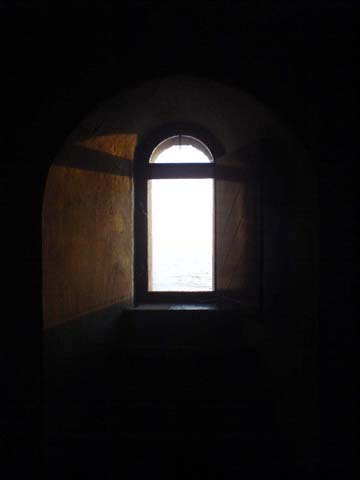 But you do get a good view out of the front window, if you climb up the few steps that lead to it: 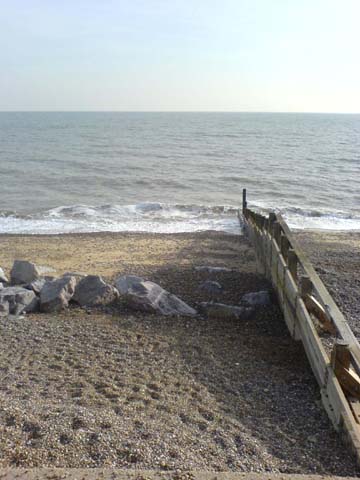 The view from the roof terrace, looking south: 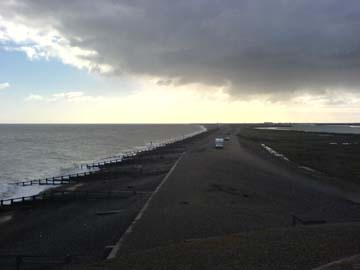 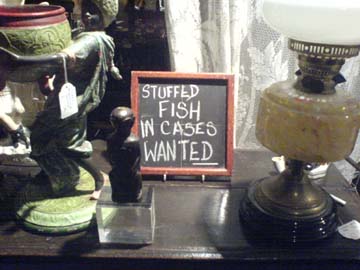 The main space, with Darren at work in it: 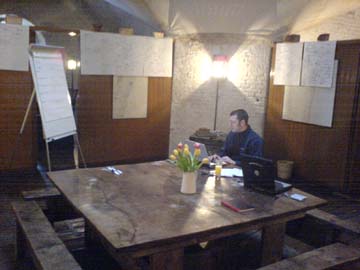 The museum building in Aldeburgh: 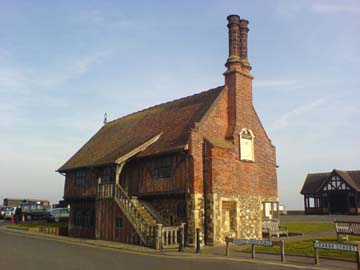 Martello tower can be booked through the Landmark Trust.

We all recognise this situation:

Leyton isn’t exactly oversupplied for restaurants so a trip out on a Saturday evening is inevitably going to lead here at some point. Even at this peak time, the place wasn’t particularly crowded but there were enough people there to make it feel comfortable.

The menu is largely tapas, although there are around a dozen meat and fish main course style dishes. I didn’t try any of these so have no idea whether they’re any good or not, but I couldn’t see any reason to stray from the tapas menu. The selection is pretty good, with the usual things like patatas bravas, and the dishes are good when they arrive. They seem slightly bigger than usual tapas restaurants and five was probably a little too much for two people.

The wine list is in the usual price range of £13 upwards, mostly centred around the £15 mark, although they didn’t have the first choice which gives some indication of the size of the place. There was no problem with the quality of the second choice and I was relieved that it wasn’t a bottle of the same Navarra that I could get from Tesco’s for a third of the price.

Most of the people there were a mixture of local infrequent visitors, out for a reasonably cheap local evening, and regulars who seemed to sit in the corner drinking bottles of beer and sporting a fantastic collection of moustaches. The service was smart enough, especially given that there only seemed to be one waitress for the entire room. It isn’t the kind of place to rush through in any case.

Worst point: too small tables for 2 people and lots of plates.

Overall, worth supporting a local restaurant which also turned out to be not bad.

Parreira is at 232 High Road, Leyton.

On Wayne Rooney… “It’s an incredible rise to stardom; at 17 you’re
more likely to get a call from Michael Jackson than Sven Goran
Eriksson.”

Reporter: “Gordon, can we have a quick word please?”
Strachan: “Velocity” [walks off]

Reporter: So, Gordon, in what areas do you think Middlesbrough were
better than you today?
Strachan: What areas? Mainly that big green one out there.

Reporter: “Gordon, what will you take from today?”
Strachan: I’ve got more important things to think about. I’ve got a
yoghurt to finish, the expiry date is today.

Reporter: There goes your unbeaten run. Can you take it?
Strachan: No, I’m just going to crumble like a wreck. I’ll go home,
become an alcoholic and maybe jump off a bridge.

Reporter: There’s no negative vibes or negative feelings here?
Strachan: Apart from yourself, we’re all quite positive round here. So
I’m going to whack you over the head with a big stick – down negative
man, down.

Reporter: Welcome to Southampton Football Club. Do you think you are the
right man to turn things around?

Strachan: No, I think they should have got George Graham because I’m
useless.

Reporter: Where will Marion Pahars fit into the team line-up?
Strachan: Not telling you! It’s a secret.

Reporter: “What is your impression of Jermaine Pennant?”
Strachan: “I don’t do impressions”

Reporter: So Gordon, any changes then?
Strachan: Naw, still 5ft 6, ginger and a big nose!

Gary Lineker: So Gordon, if you were English, what formation would you
play?
Strachan: If I was English I’d top myself

GoldenPalace.com have bought William Shatner’s kidney stone, so there’s no better reason to sign up with them I reckon.

After the exhilaration of the FA Cup win over Fulham, it was back down to earth with a tough home match against Northampton Town. Martin Ling said before the match that he expected Northampton to reach the playoffs this season and it was easy to see why. Orient were pretty much outplayed for the whole match and this can only be put down to a combination of FA Cup win hangover and, more significantly, missing Craig Easton in midfield.

It’s the kind of game that could prove crucial at the end of the season but it’s been an exceptional few weeks so it would be premature to put this down as the beginning of a slide towards mid-table.

Match write-up on the BBC site

All these stories should be conclusive proof that Chuck Norris is hard:

Chuck Norris does not hunt because the word hunting infers the
probability of failure. Chuck Norris goes killing.

When the Boogeyman goes to sleep every night he checks his closet for
Chuck Norris.

A blind man once stepped on Chuck Norris’ shoe. Chuck replied, “Don’t
you know who I am? I’m Chuck Norris!” The mere mention of his name
cured this man blindness. Sadly the first, last, and only thing this
man ever saw, was a fatal roundhouse delivered by Chuck Norris.

Chuck Norris ordered a Big Mac at Burger King, and got one.

When Chuck Norris sends in his taxes, he sends blank forms
and includes only a picture of himself, crouched and ready to attack.
Chuck Norris has not had to pay taxes ever.

Chuck Norris once ate three 72 oz. steaks in one hour. He spent the
first 45 minutes having sex with his waitress.

Chuck Norris always has sex on the first date. Always.

Chuck Norris likes to knit sweaters in his free time. And by
“knit”, I mean “kick”, and by “sweaters”, I mean “babies”.

As a teen Chuck Norris impregnated every nun in a convent tucked away
in the hills of Tuscany. Nine months later the nuns gave birth to the
1972 Miami Dolphins, the only undefeated and untied team in
professional football history.

A Handicap parking sign does not signify that this spot is for
handicapped people. It is actually in fact a warning, that the spot
belongs to Chuck Norris and that you will be handicapped if you park
there.

Chuck Norris is 1/8th Cherokee. This has nothing to do with ancestry,
the man ate a f**king Indian.

Someone once tried to tell Chuck Norris that roundhouse kicks aren’t
the best way to kick someone. This has been recorded by historians as
the worst mistake anyone has ever made.

If Chuck Norris is late, time better slow the f**k down.

Chuck Norris lost his virginity before his dad did.

Chuck Norris died ten years ago, but the Grim Reaper can’t get up the
courage to tell him.

At birth, Chuck Norris came out feet first so he could
roundhouse kick the doctor in the face. Nobody delivers Chuck Norris
but Chuck Norris. 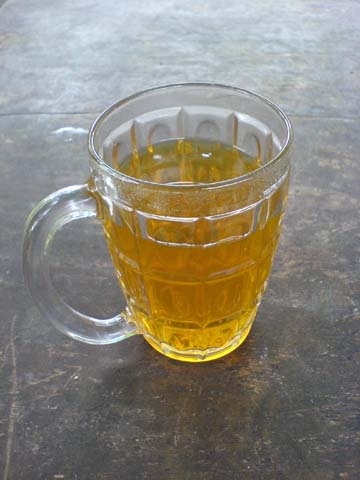 The view from the bar in Cat Tien park: 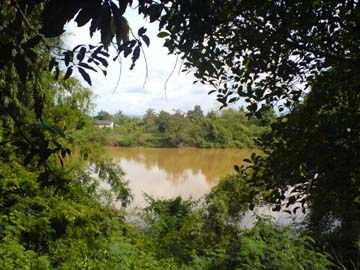 We spent the night at the ranger’s lodge at Crocodile Lake in the middle of Cat Tien National Park which was, as its name implies
full of crocodiles: 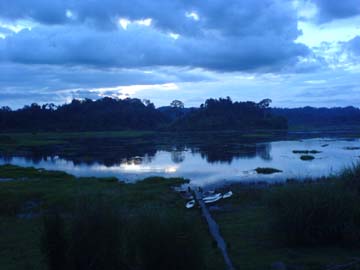 Crocodile Lake in the evening:

Crocodile Lake early in the morning: 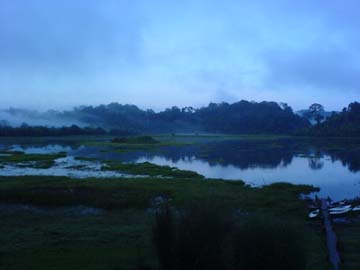 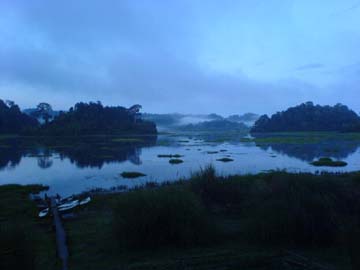 Crocodile Lake early in the morning: 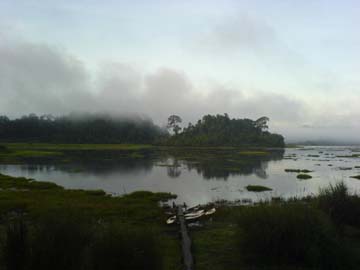 A strange tree in the forest/jungle: 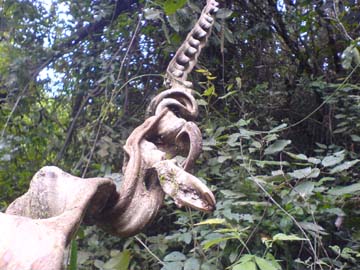 Our guide, clambering over a giant fig tree: 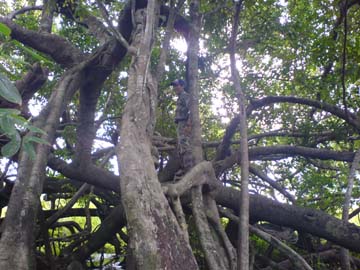 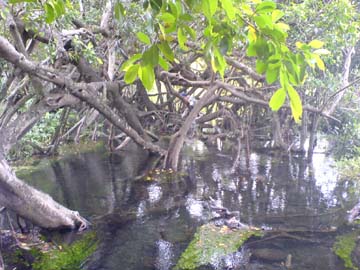 Some rapids in Cat Tien: 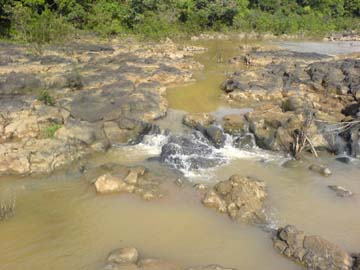 The resort at Mue Ne (it was called Swiss Village), which was extremely touristy: 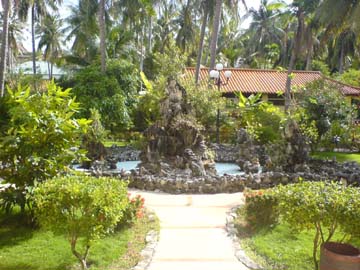 The beach at Mue Ne was was very impressive: 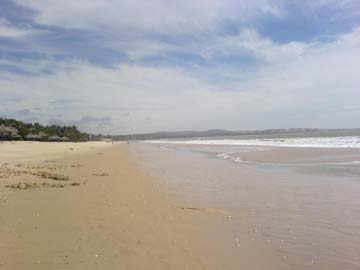 Ann being a bit windswept in a bar at Mue Ne: 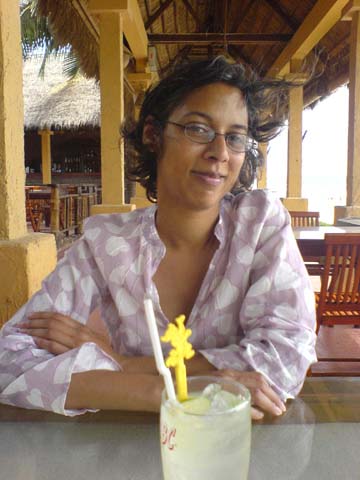 In the botanical gardnens in Saigon (which has a very old fashioned and unpleasant style zoo) we found this bench sponsored by Fisherman’s Friend. 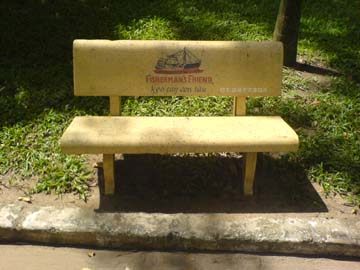 The War Remnants museum in Saigon, complete with tanks, helicopters and planes: 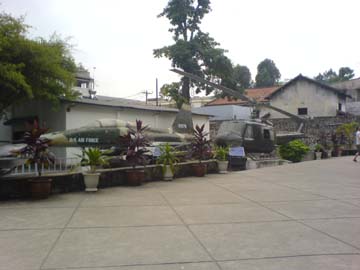 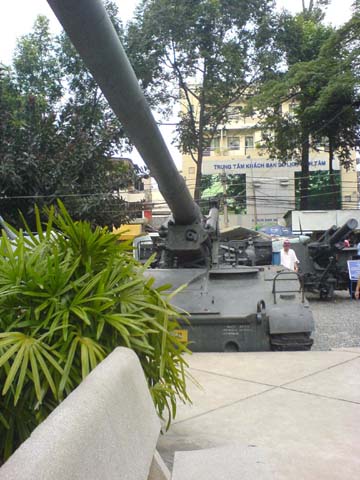 We found a bar called Fenetre Soleil in Saigon which was very difficult to find but very self-consciously designed: 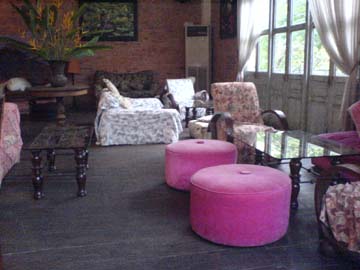 The sign to find it helps explain why it was so difficult: 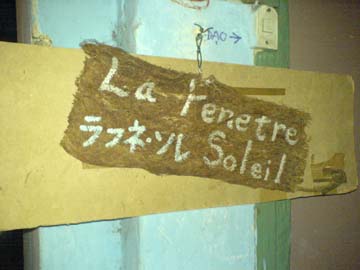 Inside the art gallery in Saigon: 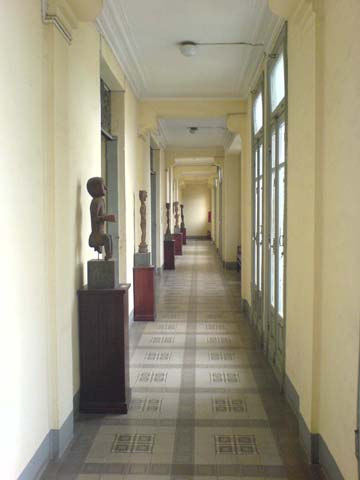 A boat trip on the Mekong Delta: