In late November/early December I went to Vietnam. It’s taken a while but I’ve finally put the photos up (all taken from my cameraphone).
These include Hanio, Ha Long Bay, Saigon (or Ho Chi Minh City), the Mekong Delta, Cat Tien National Park and Mui Ne beach.

The view from our hotel in Hanoi: 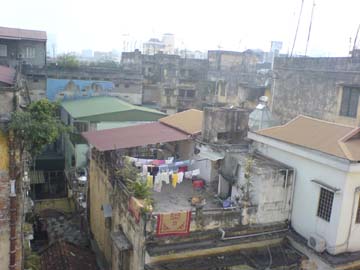 With jet lag, Ann pretty much fell asleep as soon as we got to the hotel: 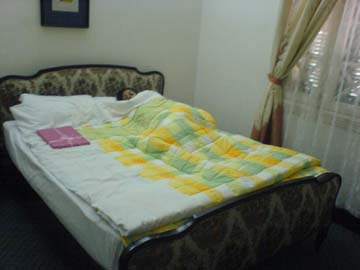 The hotel had quite a colonial style to it, including this quite impressive staircase: 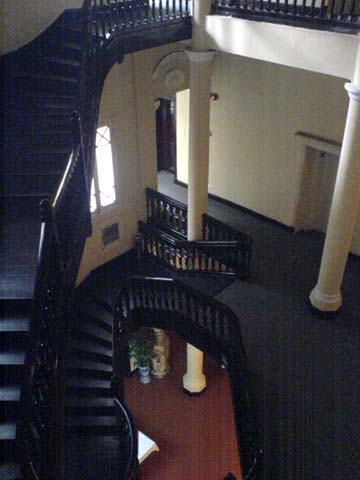 The first night we went to a water puppet theatre: 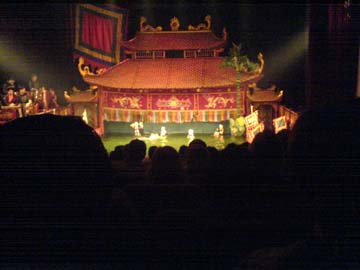 The temple of literature in Hanoi: 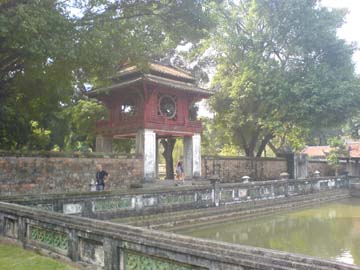 A statue inside the temple of literature in Hanoi: 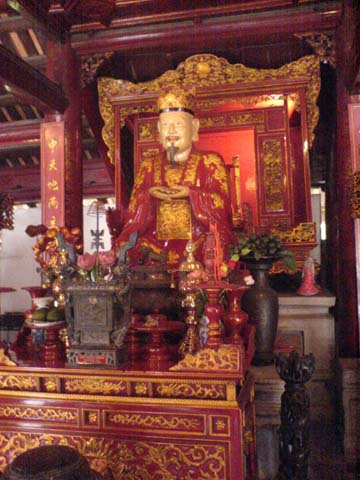 A statue of a horse inside the same temple, which reminded me of one of the photos I took in Bethnal Green once: 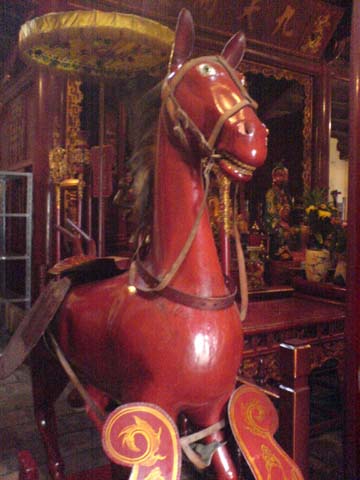 Because of the price of property and the value of a street frontage some of the buildings were extraordinarily thin: 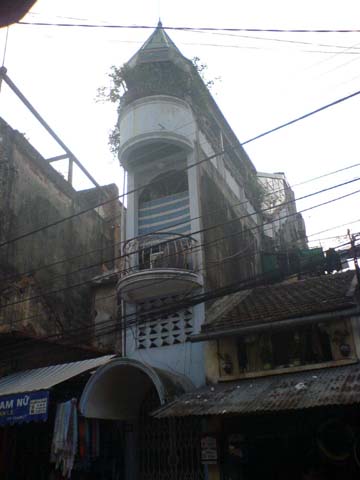 Ann, as a peasant: 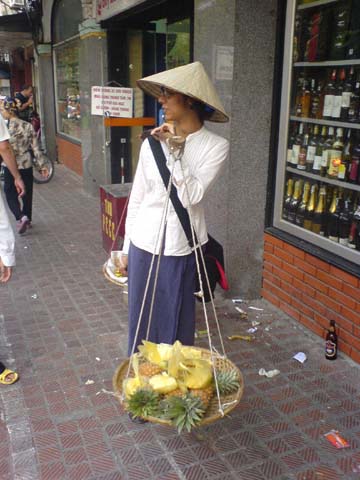 We went on a cycle ride outside of Hanoi, which was interesting although the quality of the bikes definitely left
something to be desired. Quite a few of the villages had ornate gates outside of them: 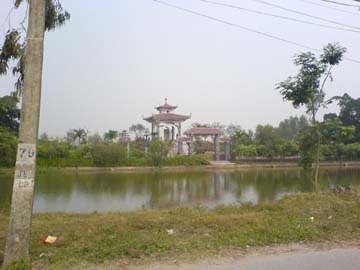 We had a display of folk singing, which was strange as we were the only ones watching it. Our guide from Hanoi is in the centre: 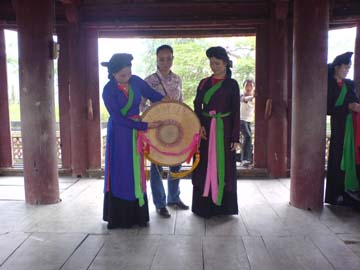 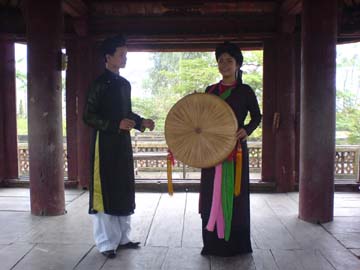 Ann with the folk singers’ hat on: 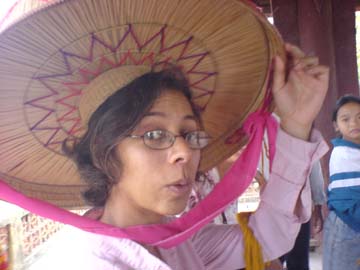 The pagoda that the folk singing happened within: 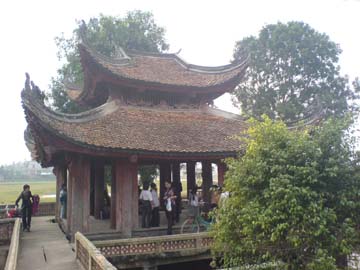 The temple in the same village: