I went to the Longest Day Beer Festival at a pub called The White Horse the other weekend., and did a fair amount of cycling along the way (around 60 miles over the three days). In attendance was me (obviously), Mark Hamilton, and his mate ‘Colin’.

The beer selection was large (see below) but generally everything seemed to taste either slightly too fruity, too sour, or too bitter. In the end we downgraded to buying ‘No name bitter’ in the pub itself.

Here are a few photos:

The board showing the beer selection: 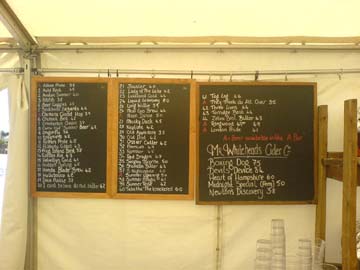 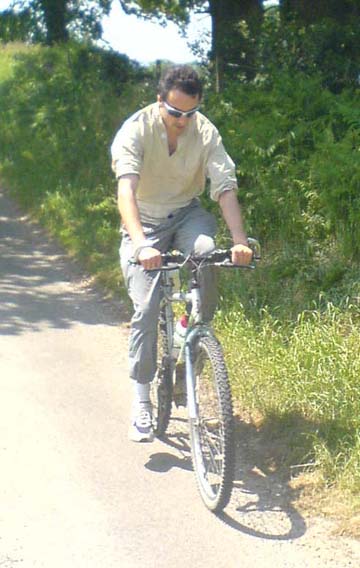 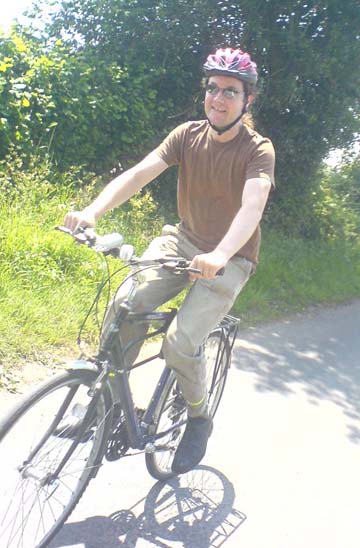 Colin cycling (I may not know his surname, but I know what he looks like): 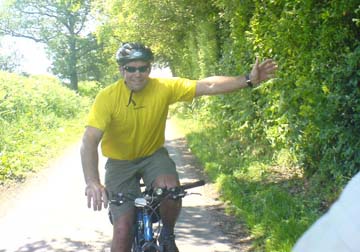 Where I slept the night – in a caravan next to Mark’s red shack. The caravan was sold the next day for three hundred quid:

Action shots of me and Mark cycling along. (The second one is portrait – oh well):