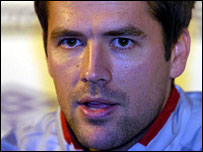 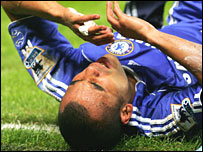 In recent years no Premiership footballer worth their salt would be seen dead without a metatarsal injury. The metatarsal is a small bone in the foot that was brought to the nation’s attention as a result of David Beckham’s injury in the world cup of 2002. Beckham’s endorsement of the injury is said to have earned him millions over the past four years and, partly due to his backing, it’s market position has been unassailable during that time. The popularity of the metatarsal can be seen as recently as Wayne Rooney’s injury incurred during the build-up to the world cup of 2006.

But now, it seems, the metatarsal is just so last year. Instead, the “must have” footballing injury of 2007 is the cruciate ligament. Michael Owen is the first big name to endorse this new brand and was somewhat ahead of the times, signing a one year deal for the label during the World Cup of 2006. Never one to be seen to be behind with the latest fashion, Ashley Cole also appears to be backing the cruciate.

Like so many chav accessories, it seems that as soon as Wayne Rooney gets one, no-one else will touch them. Ledley King appeared to be about to put his name behind the metatarsal but has pulled out at the last minute with just a stress fracture, probably after taking advice from his agent.

How many other big name footballers will be backing the cruciate label is yet to be seen.