From Tokyo we took a bullet train (or Shinkansen, as they prefer to be called on the train station signs) to Nikko which is up in the mountains northest(ish) of Tokyo. There’s a large temple complex up there as well as our first taste of a Japanese Ryokan, which is basically a type of hotel where they don’t give you a bed or any furniture, or your own bathroom.

Anyway, to the photos.

A bridge which you had to pay to go over, but luckily didn’t have to pay to look at from the free bridge (which is good as I don’t think going on it would be half as interesting). If they’d thought about it they’d charge it the other way around: 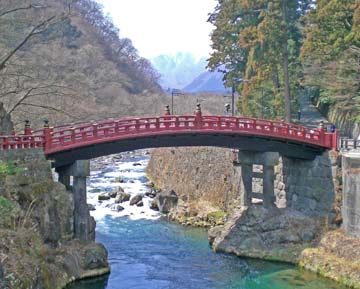 A copper basin next to the Nikko bridge: 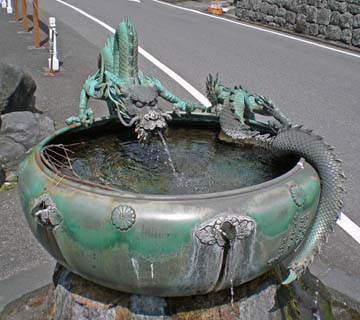 The other three had bento box lunches in a small cafe (which is shown below). I had the curry rice ‘special’ (which came with a free tea), but it didn’t bear any resemblance to any curry I’ve ever had outside of a college canteen. The ingredients seemed to be gravy, curry powder and cat food. 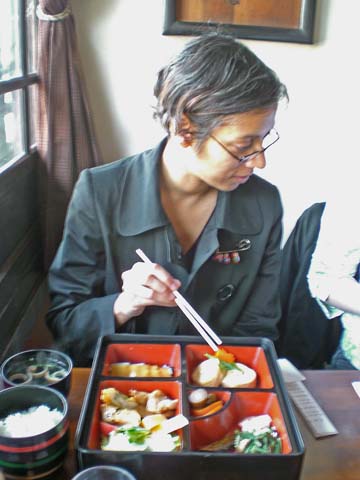 One of the impressive temples in Nikko: 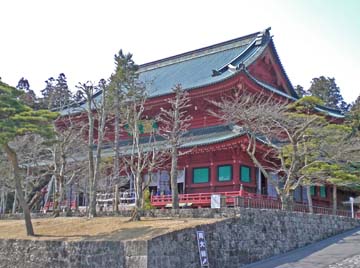 A more simple wooden shrine near the temples: 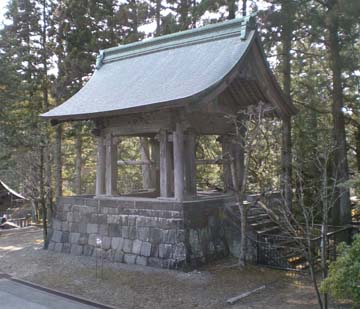 A large pagoda next to one of the main temples: 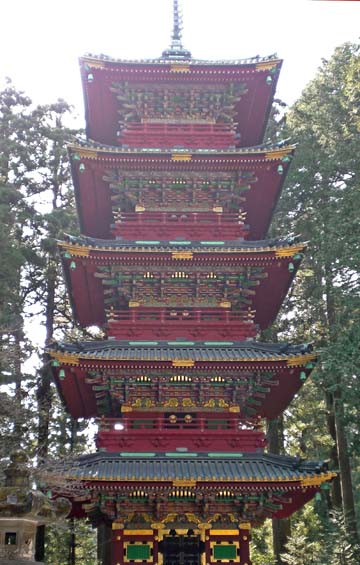 One of the most ornately decorated temples. It seems strange that on the one hand Japanese design is famed for its minimalism (witness Muji and the like), but on the other that temples even today are so ornate and coloured, much as Western gothic cathedrals would have been originally: 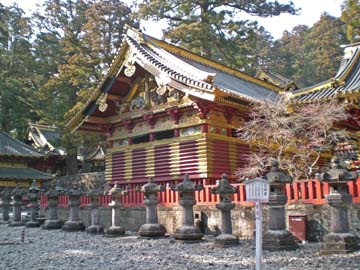 It was obligatory to take a photo of the three wise monkeys. We resisted the temptation to stand in front of them in mock wise monkey poses since it seemed too obvious a joke, although that didn’t stop hordes of other tourists doing it. 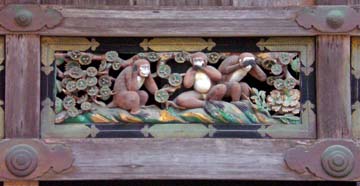 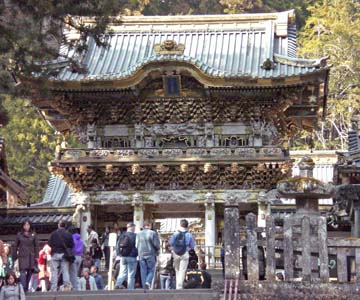 The eaves sculptures were often incredibly detailed with dragons and the like. Apparently dragons are put there to ward off lightning to stop buildings catching fire. Personally, if I had a wooden building the last thing I’d want on it was a dragon, but there you are: that’s the Japanese for you. 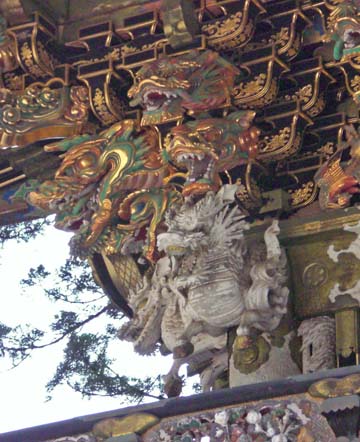 Our ryokan (the Hoshi No Yado) was actually very smart, despite the lack of height of the furniture, and we had fairly good views of the mountains. I could never work out, though, why in a country that was so rocky that they didn’t make buildings out of stone, which was lying around everywhere, and with the wood they saved they could give all the chairs and tables longer legs and make the whole place a lot more comfortable. 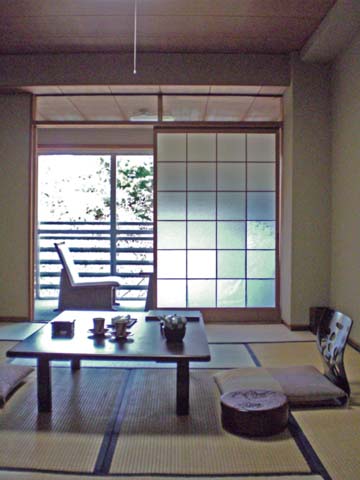 Ann got into the spirit of having breakfast in her dressing gown: 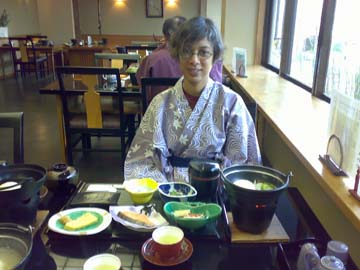 Photographing yourself in front of everything is something of a cliched (if accurate) view we have of the Japanese but we also entered into the spirit of it. I think this takes it one step further with both Bob being photographed whilst taking a photo of a building: 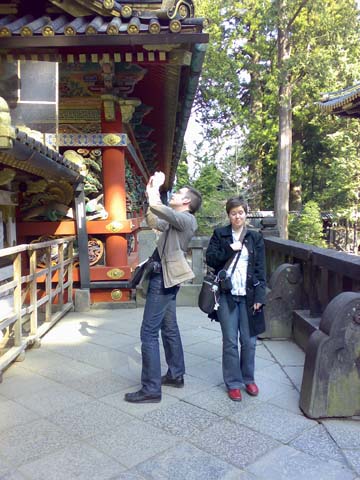 Download all photos in high res (over 200mb total)