This was to be our last full day of riding. So, after a short van ride to pick up our horses and saddle up were were off again.

Although our guide for the day, who may have been called Jakov (that’s the closest Google can tell me to what we were calling him) decided to walk for some of it. I think he spent plenty of time on a horse and only really saw the point of it if it was easier to ride. For us, we were paying to be on a horse, and goddammit we were going to say on a horse no matter how uncomfortable it was. And, after four long days of riding, it really was.

Horses In The Distance, with a blue sky!

One riderless horse in the distance.

I usually had an idea of when some trotting was coming on as Jacov, or Petar if he was leading, would look back to see how far behind I was. In this case: pretty far.

So I put a bit of a trot in to catch up. There are horses in this picture but they’re very well hidden in the shadows.

After some trotting, I could begin to drop back again.

And drop back a bit further.

We saw plenty of birds of prey. I have no idea what they were, but this is one of them.

And as we approached our lunch stop the scenery got interesting with rocks and wotnot sticking out of the trees.

Not that Apache seemed to care. He’s seen it all before, and you can’t eat rocks.

It sort of looks like a bony structure sticking out of the hill.

The castle in the distance was to be our stopping point.

This was the best I could take of it from a distance with a zoom lens on a moving horse.

Another rock sticking out of the trees.

You can lead a horse to water but you can’t make it drink.

The castle, close up. The horses had been tied up at the bottom of the hill in a field so they didn’t get to see this. As I mentioned before, you can’t eat rocks so they probably didn’t care. 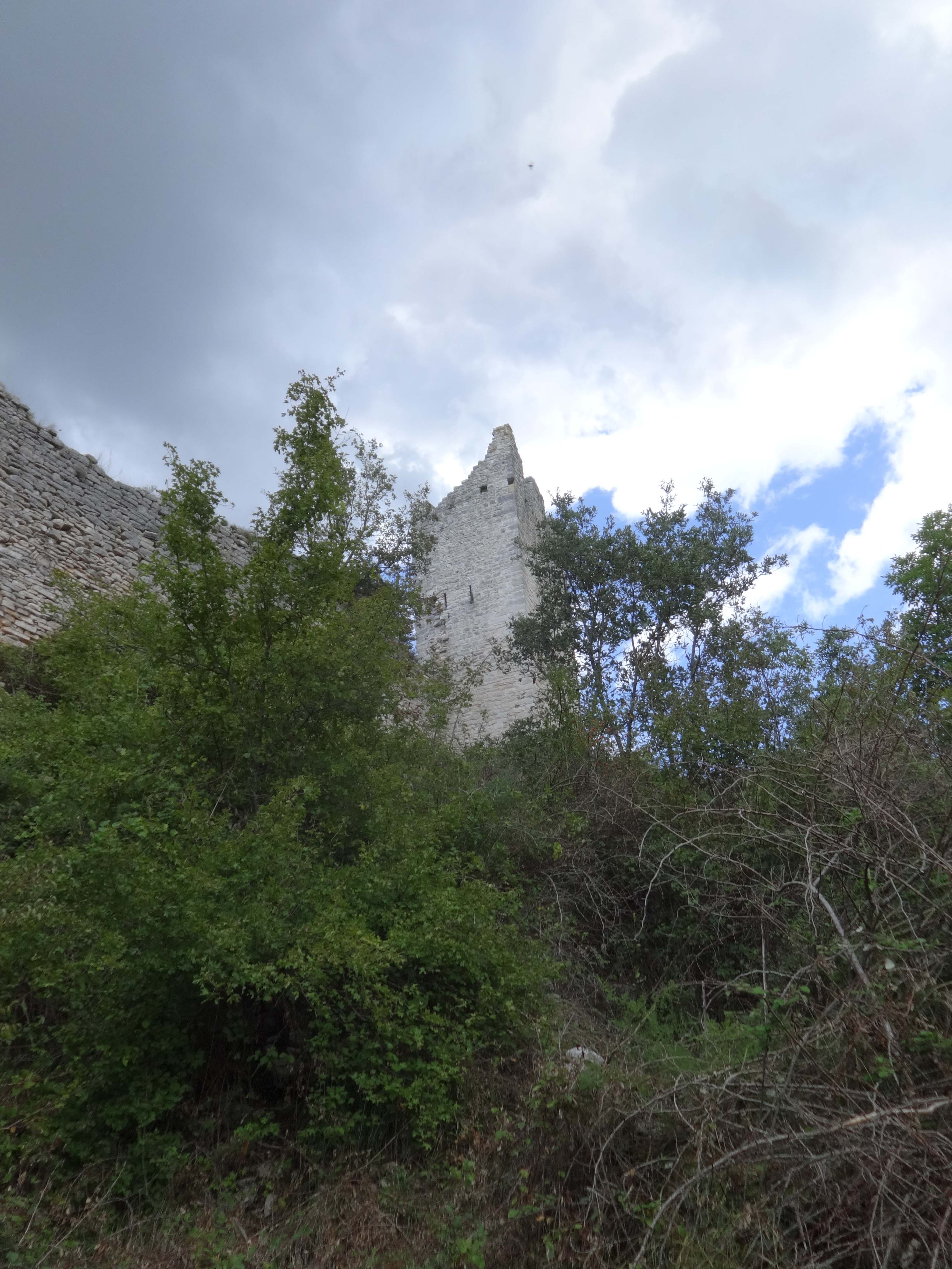 Apparently this had been the site of a fort since the 6th century.

Applying my trained architectural eye, I could certainly validate that it was old. 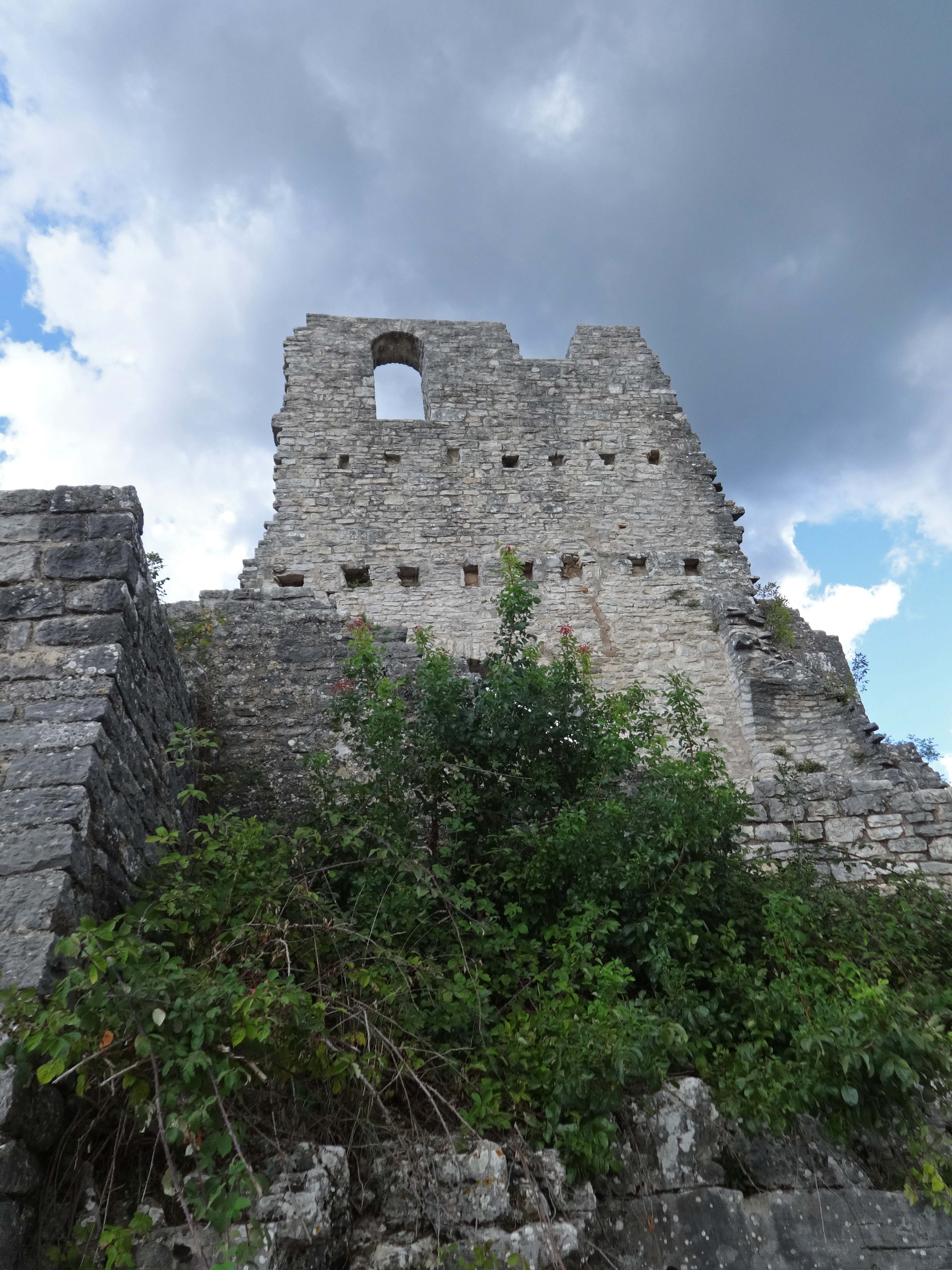 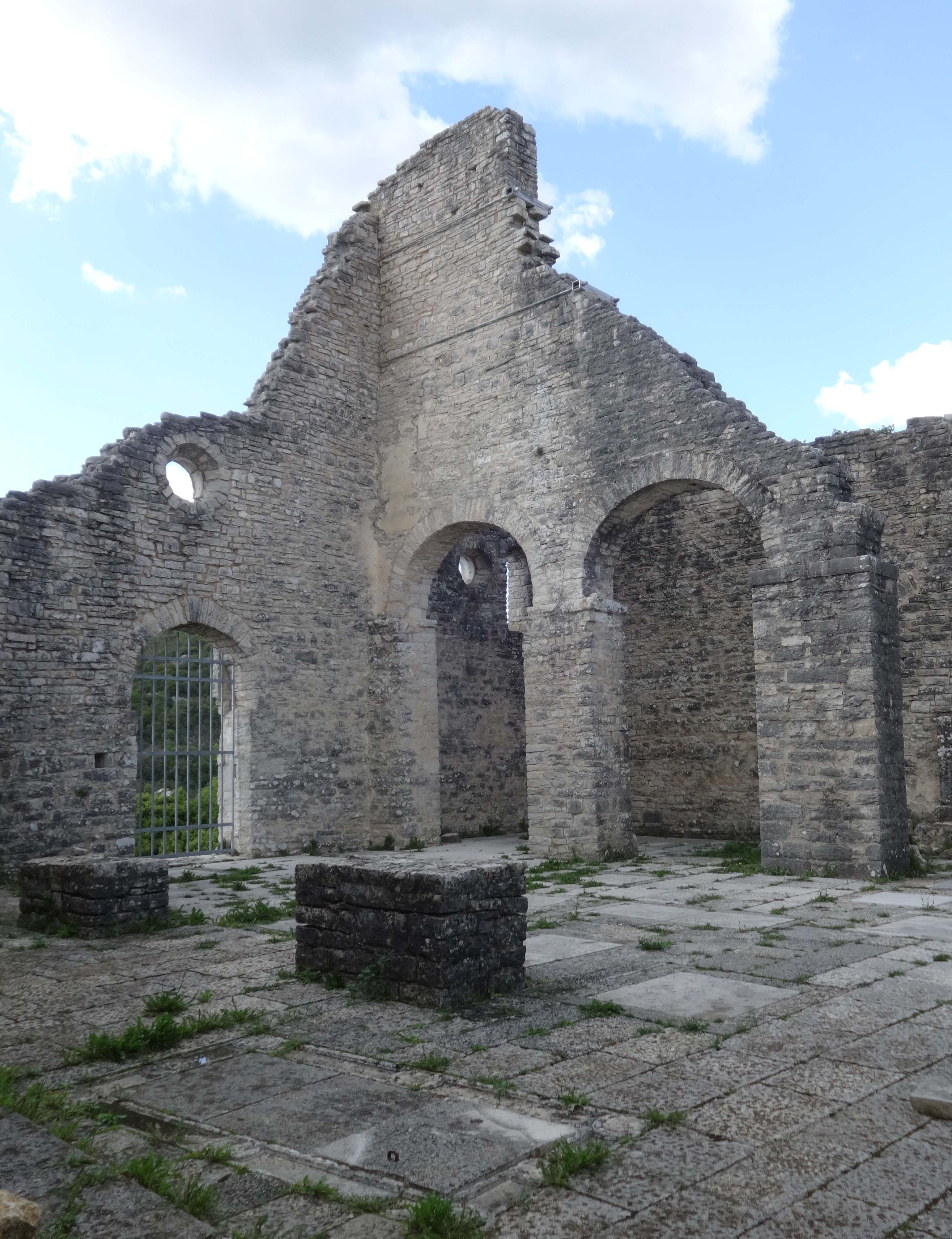 There was probably something somewhere telling us that this was a great hall or whatever. Use your imagination and add a roof and the rest of the walls.

But it made some nice photos, old or not.

Another view of the castle. I have no idea when I took this and why it’s so far away.

A luminous green grasshopper took up a brief residence on the back of my chap. Again, like that fidgeting spider, it didn’t really sit or stand still long enough to get an in-focus shot.

Like a stone hand poking out of the trees.

An oven inside the grounds of the castle. It’s also officially old.

Zooming in to a bird of prey. I’m not sure what the markings signify but I’m going to take it as an RAF bird and hence friendly.

The whole complex was quite large and there was a very laissez-faire attitude to scrambling over walls to look at things.

Although this bit looked one scramble too far as there was quite a drop down one side. I am, however, quite pleased with the juxtaposition with the modern bridge in the background. It’s art, innit?

Patricia was casually sat in an old window so I decided to take a photo. Then she got up as I was fiddling with the camera and I had to get her to un-casually sit back down again.

And we were off again, climbing up and down.

Patrick just as his horse hit the accelerator pedal.

We trotted over a few level crossings. None of the horses stopped, despite the signage. Can’t they read?

We ended our trail that night with the horses safely returned to home. We still had half a day to ride tomorrow, but it felt like we’d all made it around Istria safely and, apart from the damp day, quite happily.