While I was in Washington last week (as one often just happens to be, obviously), I had a few hours in the morning to wander around. Assisted by being still on UK time which meant I could get up very early and not think much of it, of course. But here are the photos:

The Washington Monument. If you can see this, it’s impossible to get lost. Strangely, for its size, you can’t actually see it from that many places. 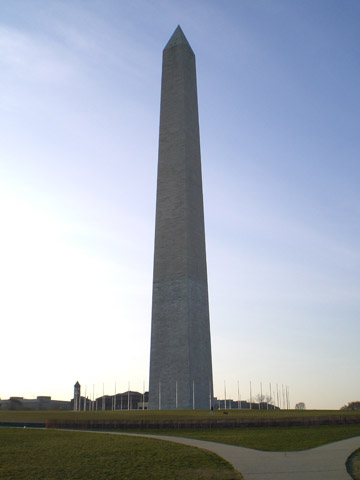 The same monument from near the Jefferson Memorial: 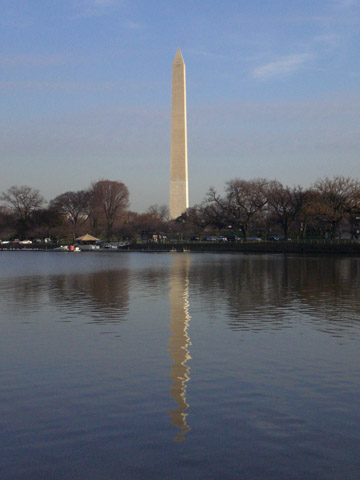 The Jefferson Memorial is, like a lot of the monuments around Washington, quite interesting as a grand gesture to be seen from a distance. It doesn’t really stand up to close scrutiny in terms of detail. 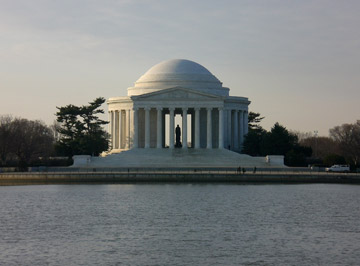 The statue of Thomas Jefferson: 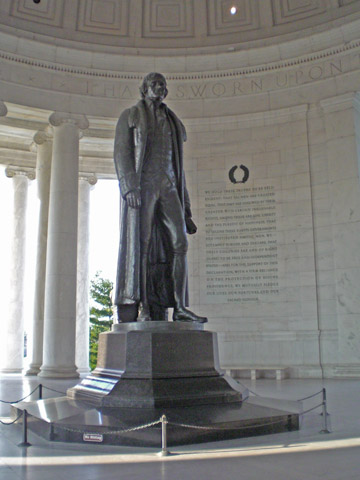 The same status from one of the entrances to the memorial. The light was good at that time of the morning as it was only about an hour after the sun had come up. 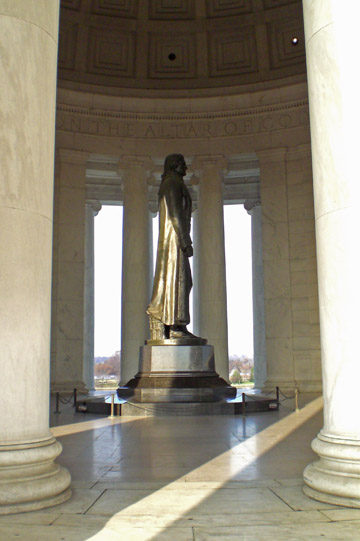 The Lincoln Memorial, from a distance. As grand landscape gestures go, this run from the memorial to Capitol Hill is as big as they get. It was far too far to even think about walking to it. 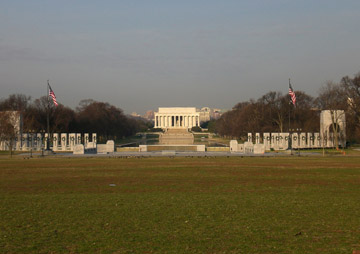 Capitol Hill, again from a distance (due to laziness): 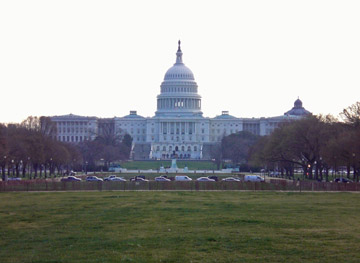 The back of The Whitehouse (which is the interesting-looking side): 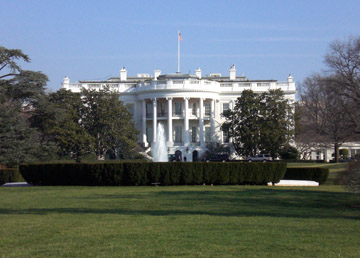 The front of The Whitehouse, which looks rather ordinary, it has to be said. Strangely, after years of living in London I don’t think I’ve ever seen a major politician anywhere, but as I was on my way back the taxi was stopped for Dick Cheney’s cavalcade to go past. 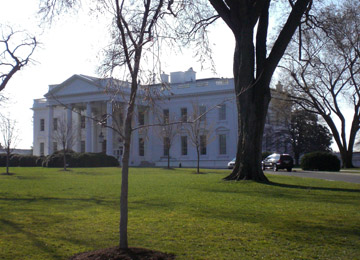