I’ve just come back from the blues and jazz festival in Luxembourg. A few of us went out for the festival but also to jump out of a plane (with parachutes attached) and now I’ve managed to steal other people’s photos to upload.

The people in the photos are generally a mix of myself, Chris Greenway, Nick B, Susan Engel and Deborah Causton.

The most noteworthy part of the trip was definitely the skydive. We jumped (strapped to a ‘real’ parachutist) from a Cessner at around 10,500ft and had (I think) around 20 seconds of freefall and then a few minutes of cruising around with the parachute open. Both parts are absolutely brilliant. It cost us 195 euros, which apparently is one of the cheapest in Europe, and was from an airfield in Luxembourg just northwest of somewhere called Wiltz.

Chris, Deborah and myself having a last beer 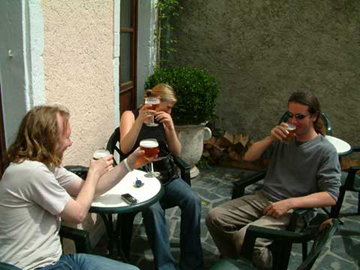 Chris in his skydiving jumpsuit: 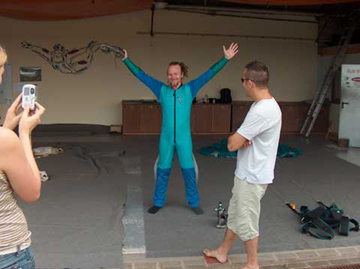 Chris, me and Deborah outside ‘The Tube’ bar: 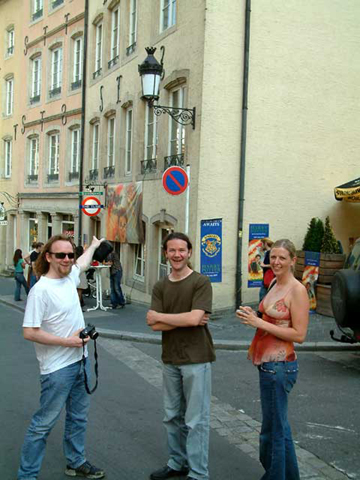 Chris as a Neanderthal: 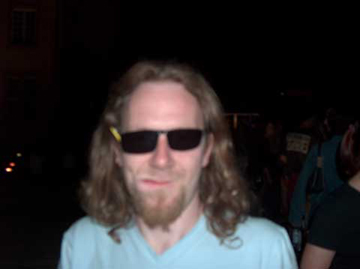 Chris being a tramp. He was a bit tired… 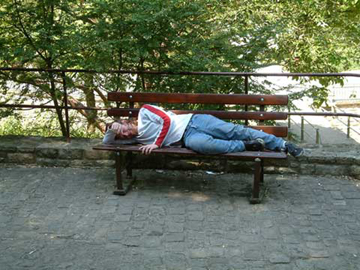 A cloud shaped as a woman. 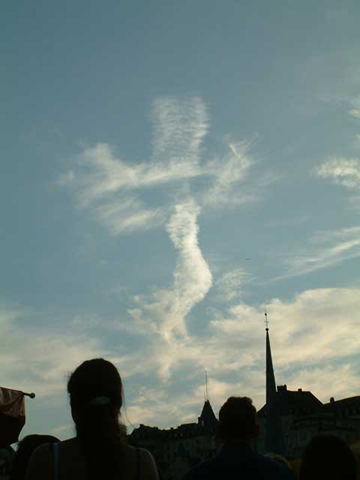 Deborah and myself saluting for a last time before we make our jump. 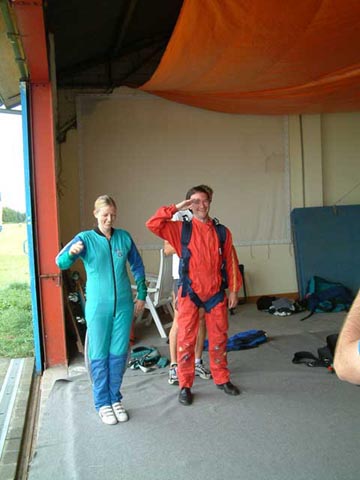 Deborah having made it down successfully:

I think the small dot is me: 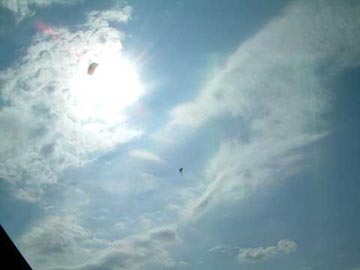 No explanation for this: 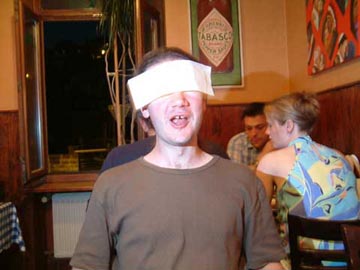 Myself and Nick B, who not only has no surname but moves twice as quickly as any other human being: 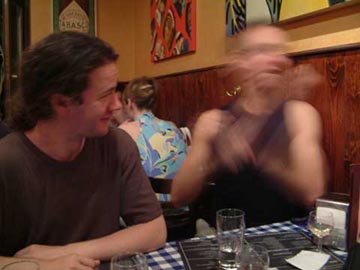 Me coming in to land on the parachute: 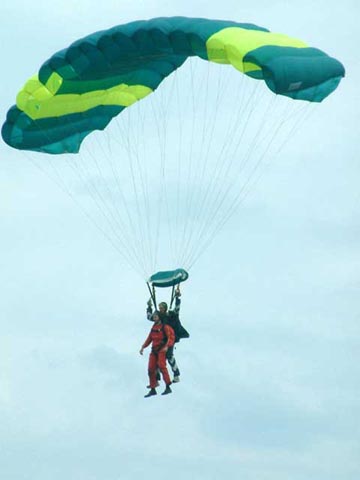 Myself, Susan and Chris having a last beer: 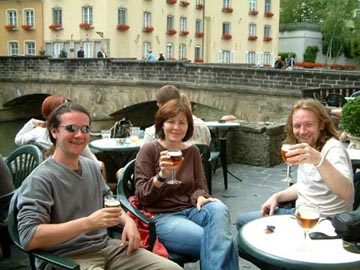 Me, Susan and Nick: 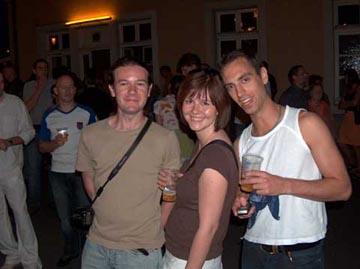 We found a witches head hanging from the ceiling so I put my head in it: 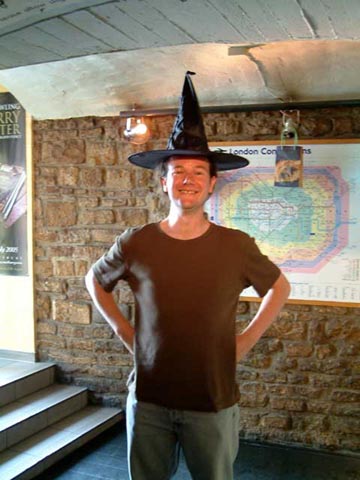 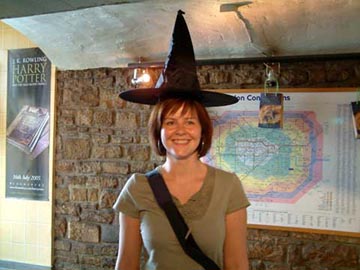 Me having landed after the skydive: 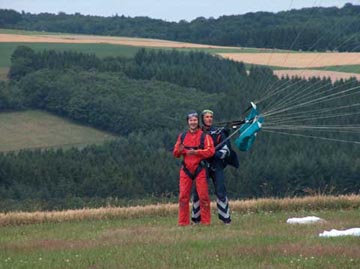 Me coming in to land hanging from the parachute: 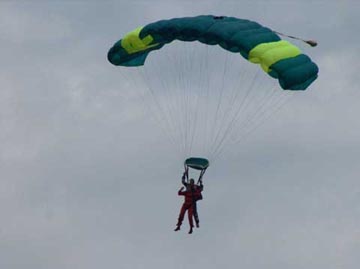 This is the plane we jumped out of. Don’t know how we fitted five people inside: 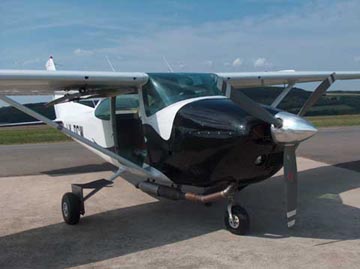 In case we didn’t realise skydiving was dangerous, this label that was visible only from inside the plane reminded us on the way out: 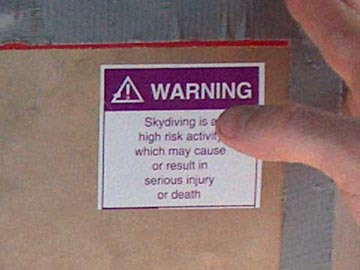 Susan, Chris, me and Nick: 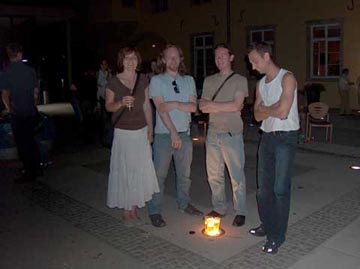 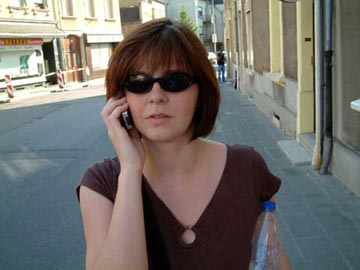 All of us at the airfield before we jumped: 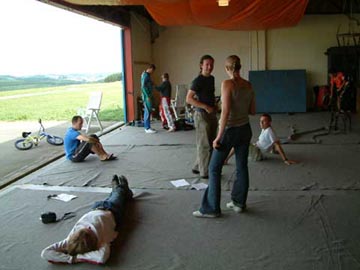